Images of the devastation that Hurricane Ian caused in Florida are both heart-wrenching and eye-opening. At first glance, it’s easy to focus on the...

Images of the devastation that Hurricane Ian caused in Florida are both heart-wrenching and eye-opening. At first glance, it’s easy to focus on the significant damage the storm wrought along the state’s west coast, in areas like Sanibel Island and Fort Myers. But this powerful hurricane also tore through the center of the state, causing devastating flooding far from the coast. Early estimates place the total insured losses at $53 - 74 billion.

If there is a lesson to learn from Hurricane Ian, it’s that every homeowner is at risk of flooding and every home should be protected with flood insurance.

Why Flood Coverage is Often Overlooked

Why the Risk of Flood Exposure is Greater Than You Think

Compounding the fact that many homeowners don’t buy flood insurance is the fact that more properties are at risk of flooding than their owners might expect.

As the aftermath of Hurricane Ian demonstrates, you don’t need to live near a large body of water to be exposed to flooding.

For example, a slow-moving Nor’easter can drop a deluge of rain for days, overwhelming the local stormwater system. With nowhere else to go, all that water will eventually find its way into homes and commercial properties. It happens all the time, even in areas deemed at low risk for flooding and on relatively flat terrain. And with climate change projected to drive larger, more intense storms with greater rainfall totals, the risk of flooding isn’t likely to abate in the future.

While flooding isn’t a risk that the average homeowner thinks about, unless they own a home near the beach, it’s certainly top of mind for insurance carriers. In fact, most homeowner’s insurance policies explicitly exclude flooding as a covered peril. There are occasional instances where damage from wind-driven rain might be covered by a homeowner’s or wind policy, but those are few and far between. And though federal disaster relief is available in the event of a hurricane or other natural disaster, it only provides access to low interest rate loans that you’re required to pay back. That’s much different than receiving a check for your covered claim.

What This Means for Homeowners

Even if you live in an area rated as low risk for flooding, it’s prudent to view flood insurance as being equally important as a homeowner’s insurance policy.

A flood policy purchased through the government’s National Flood Insurance Program can cover a home for up to $250,000 in property damage and an additional $100,000 for the home’s contents, and the premiums are relatively affordable (as of this writing). For higher-value homes, excess flood insurance is available from several private insurers.

While industry experts anticipate that the staggering losses caused by Hurricane Ian will drive up flood insurance premiums and restrict policy availability, given the high odds of a flood and the high costs of flood damage it still pays to protect your home from this growing risk.

How B.F. Saul Insurance Can Help

A private insurance advisor like B. F. Saul Insurance can prove invaluable in protecting your primary or seasonal home from flooding and other perils.

Our advisors have experience in every state in the US, working with homeowners in all flood zones, across the full spectrum of property values. And unlike a captive agent that only works with a single insurance carrier, we’re an independent advisor that can recommend coverage options from a wide variety of carriers. Homeowners often tap our expertise before purchasing a property, especially in a new area, to avoid unpleasant surprises about coverage availability and costs.

Whether you’re looking to better protect your existing property or you’re in the market for a new home, contact the experts at B. F. Saul Insurance to assess your exposure to flood and other risks and ensure you’re fully covered for whatever life sends your way. 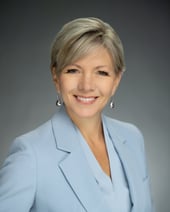 In order to bring the best content to our readers, we feature various writers from within B.F. Saul who have advanced expertise in key, niche areas of insurance. This is an article by featured writer, Lanie Raphael, B.F. Saul Insurance's Senior Vice President and Practice Leader, Personal and Commercial Lines practices.